Pícaro is a rogue and troublemaker who wanders the globe in search of truth and adventure – barely escaping punishment or death. This describes Jeff B. Harmon, a war correspondent and filmmaker who covered twenty years of violent, clandestine history. Harmon also lived a dangerous double life - a gay man who infiltrated homophobic extremists in a right-wing Salvadoran death squad, Nazis in South America, and Afghanistan’s jihadists. Behind the scenes of his journalism career, he had secret dealings with the Mafia and CIA. Son of Larry Harmon, TV producer of Bozo the Clown, Jeff left his lunatic Hollywood upbringing to risk his neck covering the fall of Uganda’s homicidal dictator Idi Amin, El Salvador's civil war, and the Soviet-Afghan war from both the mujahideen and Russian sides. During the war, he fought alongside Islamic holy warriors in an operation against the Soviet army. Harmon’s unflinching documentation of war and hidden history provoked governments and rebel movements alike, resulting in three execution orders on his life.

“I am awed by the excellence of the writing. It is an explosive work full of drama, secret history and an honesty so rarely encountered. A unique book that has the potential to be a major motion picture.” – Liz Trubridge, Executive Producer, Downton Abbey. 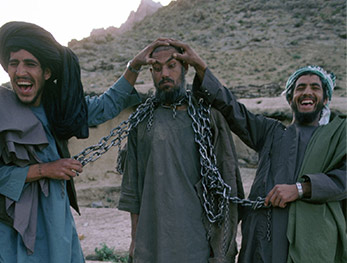 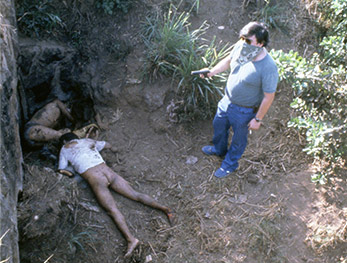 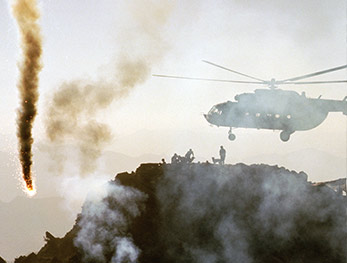 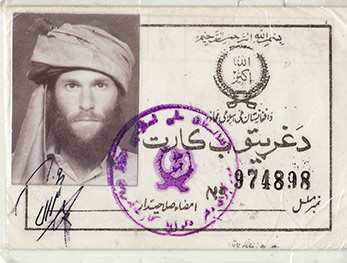 Jeff B. Harmon At War

Suddenly the loud revving of a motorcycle can be heard from outside the Hollywood director’s office window. Sam Peckinpah smiles slyly at me and says, “Jeff, I think you ought to move your chair.“

I sit tight as Steve McQueen bursts into the office. “These guys are journalists,” announces Peckinpah.

In a flash, McQueen pulls out a knife and hurls it into the wall near my head. Without flinching, I respond, “Now I know why you wanted me to move my chair.”

I receive a discreet message from the police commissioner asking me to pay a visit. He meets me on the steps of the imperial police headquarters, saying it’s too dangerous to speak inside. “Mon ami, I can no longer protect you. You are an anarchist and a provocateur. If you stay any longer in the Empire, you will certainly die. And I have no intention of joining you.”

Harmon: Tell me how you torture them.

Fernando(head of a right-wing death squad): Blowtorches in the armpits, electric shocks in the balls. There are many kinds of people involved in guerrilla warfare. There are the toughest ones, the tough ones and the weak ones. The weak ones we just tell them that we’re gonna kill them and they speak. The tough ones we have to beat them a little bit, then they speak. But the toughest ones, we have to pop their eyes with a spoon.

READ FULL EXCERPTS FROM THE BOOK