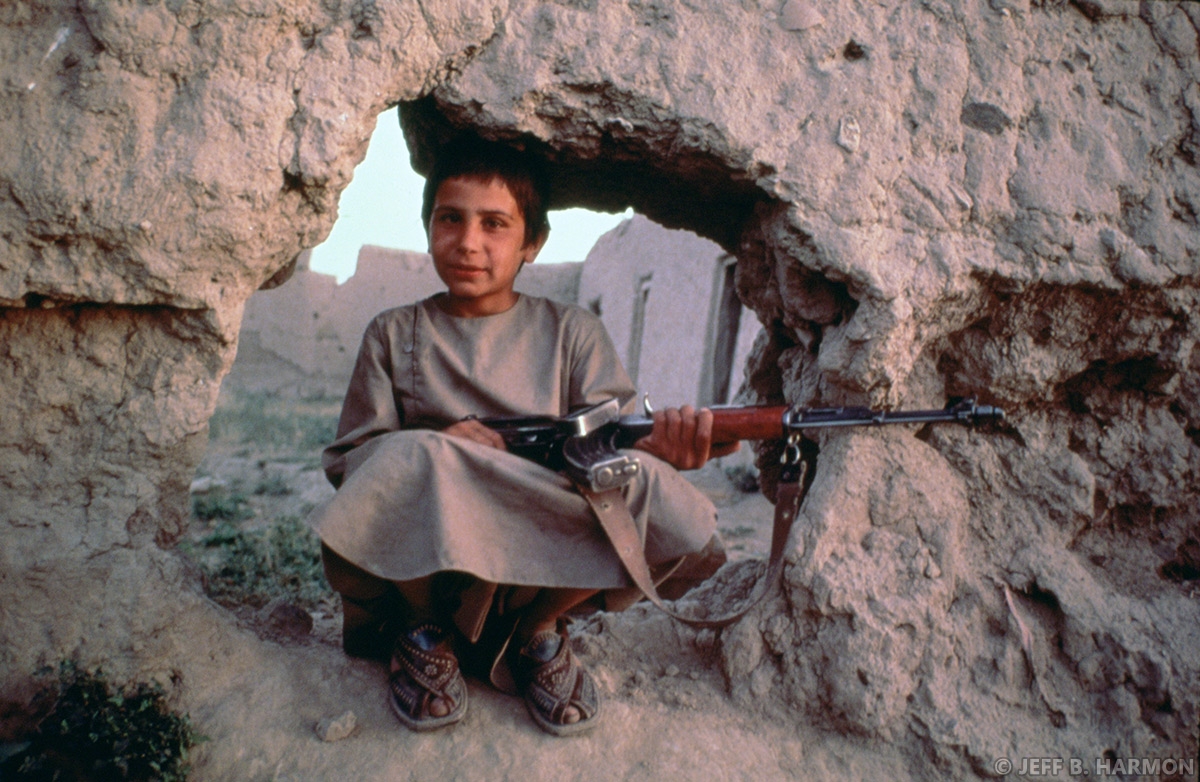 One nine-year-old cherokee (child assassin) claims to have slaughtered three hundred enemy troops in the past year. “This is an exaggeration,” says Haji Latif, his grandfatherly arm around the little braggart. “He has only killed eighty-two.” The urchin hit man explained matter-of-factly, “My job is to sneak up to Russians and shoot them. If there is a large group of them, I throw a grenade. Sometimes I shoot them with a machine gun.”